a Podium and a Flat

This weekend was the second double of the year first with CCCX #5 on Saturday at Toro Park in Salinas, and NCCX #2 the Lion of Fairfax.

Saturday at  Toro park was a mild but sunny day, the course started with a fast grass straight leading to slippery flat grass turns and 2 barriers followed by with a fast straight and semi-loose climb, fire road descent before going over two tree barriers with a u-turn between them before a quick pedal to a larger tree barrier, and a sprint before three more barriers and the start/finish.

I found myself with the number one call up, leading the Men's Open B CCCX series. and on the front row, with my co-workers Jory Stanwyck in the Open B, and Bo MacArthur in the singlespeed B race.


I’ve been having some problems with my right shoe coming unclipped on start, but this day i had the opposite problem and could not clip in leading to a “bad” start for me filing in 3rd going into the grassy flat turns, following the front two until the straight where I went out ahead going into the climb. I decided to run the trees while some others were riding them.

Crossing the line into the second lap Josh Pizzica picked up my wheel, and held it for the lap before passing me in the flat turns. I would only be able to hold his wheel for a lap before a few small mistakes let him take off, which would be the last i saw of him.


The rest of the race consisted of the winner of the singlespeed race Bryan Cheung swapping pulls around the track until i dropped him on the last lap, finishing 2nd/11.


While Sunday another north bay scorching hot day for the Lion Of Fairfax at White Hill Middle School . The course was a mix of loose dirt, packed running track, pavement and roots. The laps started off with a short pavement section across a basketball court, a short rooty off-camber climb followed by a second even shorter, but faster off-camber climb. Next was a really steep loose run up, rode by a few of the elite men, a long section of flat turns through a dusty dirt field before descending a short gravel section, and a quick down up into a hard right turn, preceding a tight rooty section. All this was leading to the pavement, and weaving through the middle of the school before leading around the school’s baseball/grass field, with the course sole barrier on the far side before continuing around to the start finish.


Again like Saturday I found myself with a front row callup, 7th allowing me to keep a good spot even missing the holeshot, for the second time in the weekend.

On the first lap there was a bottleneck at the first off camber climb, check it out in the above video, which allowed a small gap to form for the leader, i was slotted in 5th behind Ryan Gallagher, and a few others and a Aaron Spindell, a racer for SuperPro on a mtb, going into the dirt before 2nd, and 3rd had a mishap going into a tight loose u-turn.


From there I grabbed Ryan’s wheel and stayed on it as we caught and passed Aaron near the end of the lap. From there Ryan and myself started to put a gap on the field, until after taking the lead in the middle of the third lap


I hit hard coming off the basketball court on the forth lap, and had my rear go flat on as I got off for the run up. I let Ryan know I had a flat as he passed me coming off the loose dirt before leading towards the middle of the school and later on the lap the neutral wheel pit. I continued to ride my flat getting passed by just 2 or three racers until the pits getting quite loose on some parts of the pavement before the neutral support had a wheel waiting as Ryan told them I was coming for a rear wheel. The swap took a fair amount of time, but I finished the lap in 8th, a far throw from the 1st I started it in. For the rest of the race I put my head down and pushed along slowly gain spots, grabbing a beer handout from the one Scott Lappe,near the end of the race.


With two to go I waved off my support, the beautiful Samantha, at the start of the hard pack going around the grass field so i could put as much power down as possible to get close to Aaron in 5th place Going into the last lap i just pasted him and charged ahead finishing a short 7 seconds ahead of him in 5th just 31 seconds off the podium. 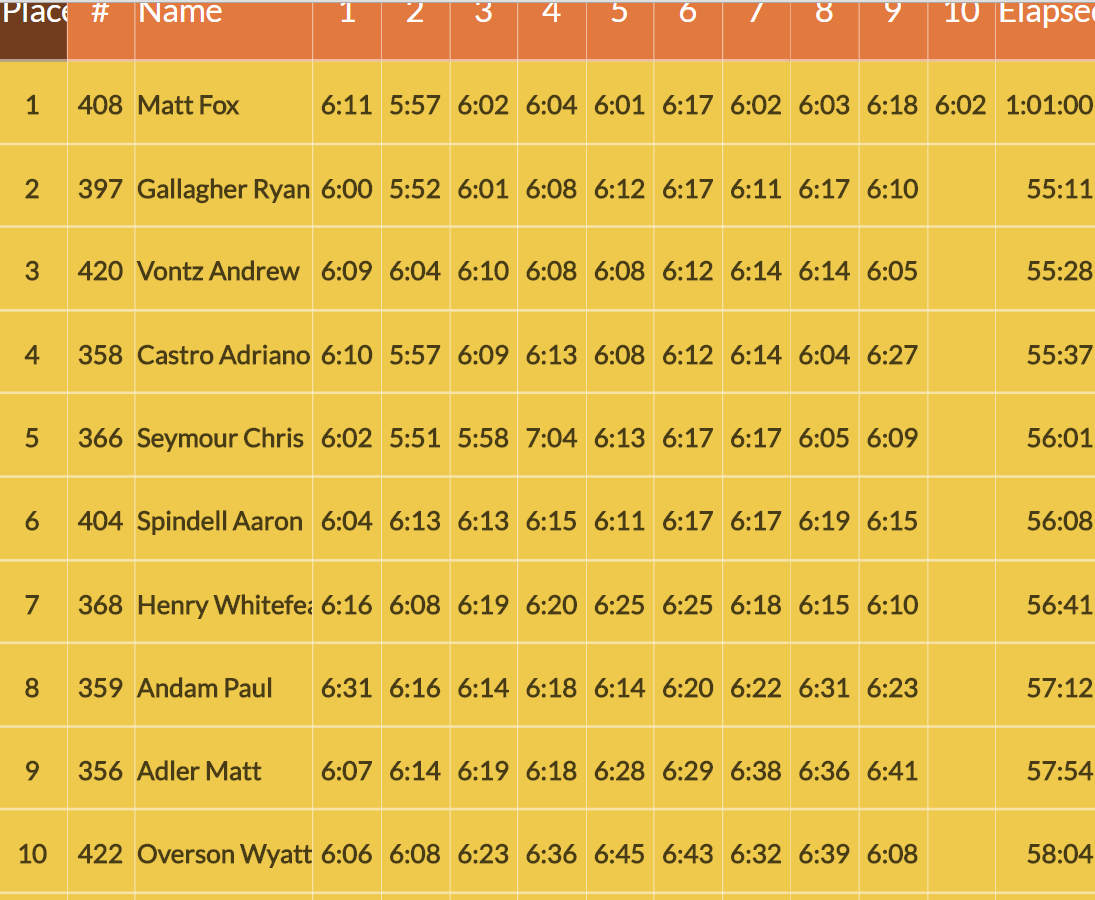 Sites I Look At